Prepare for the show of a lifetime! That's right, this year the Benedum Center is proud to present six-time Tony Award-winning musical Thoroughly Modern Millie, live on Saturday 11th August 2018! Internationally acclaimed and raved about worldwide, this performance will be like nothing you’ve ever seen before! Grab your tickets NOW while you still have the chance!! Don't get caught out with service fees or shipping charges on your order. Purchase tickets direct from this website to avoid hidden fees! 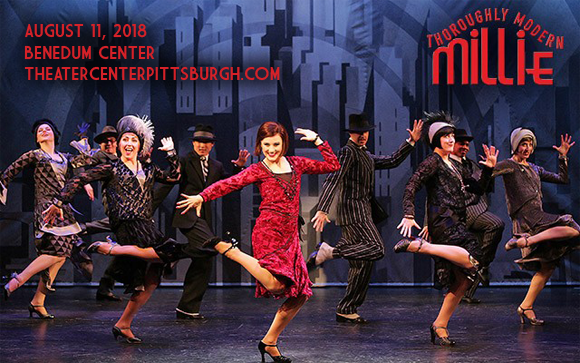 Based on the 1967 film of the same name (which itself was based on the 1956 British musical Chrysanthemum), Thoroughly Modern Millie is a musical with music by Jeanine Tesori, lyrics by Dick Scanlan, and a book by Richard Morris and Scanlan. The musical premiered on Broadway in 2002 and tells the story of Millie Dermont – a small town girl who arrives in New York City in 1922 with big, and thoroughly modern, plans. Our progressive heroine intends to marry, and for money, not for love. She revels in living the flapper lifestyle, until things go somewhat awry for madcap Millie when she checks in at the Hotel Priscilla …