An unstoppable force of heavenly harmonies and holiday cheer, a cappela ten-piece Straight No Chaser comes to Benedum Center on Thursday 6th December 2018! The second of two nights at Benedum Center, the group are performing as part of their One Shot Tour, delighting fans with their quirky renditions of songs like “Proud Mary,” “Shut Up And Dance,” and “Signed, Sealed, Delivered (I’m Yours) (feat. Stevie Wonder),” plus the Christmas classics we all know and love! 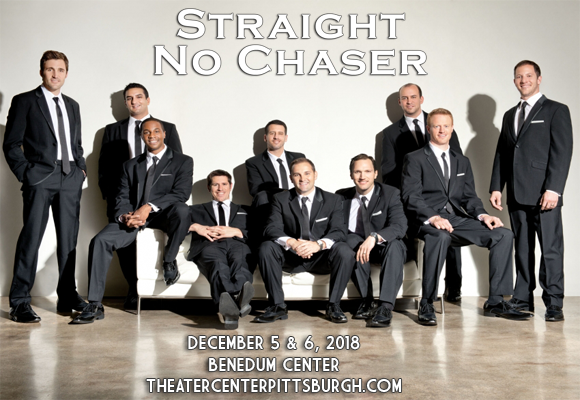 Known for their stunning close vocal harmonies, cheeky renditions of chart-topping tracks and festive holiday tours, ten-man a cappella group Straight No Chaser formed in 1996 at Indiana University. Over two decades in music, the group has gained a reputation for their unforgettable live performances, where they match unmatched vocal skill with boundless charisma and an aptitude for picking incredible set-lists of sing-along contemporary tunes. They have released three studio albums, three EPs, three holiday albums and one holiday EP to date.