Lerner and Lowe's spellbinding Celtic musical, Brigadoon, is coming to Benedum Center on Saturday 21st July 2018! Join New Yorker tourists Tommy Albright and Jeff Douglas as they embark upon a mystical Scottish adventure that changes their lives forever! When the friends stumble upon the beautiful village of Brigadoon, love is in the air, but is all what it seems…? 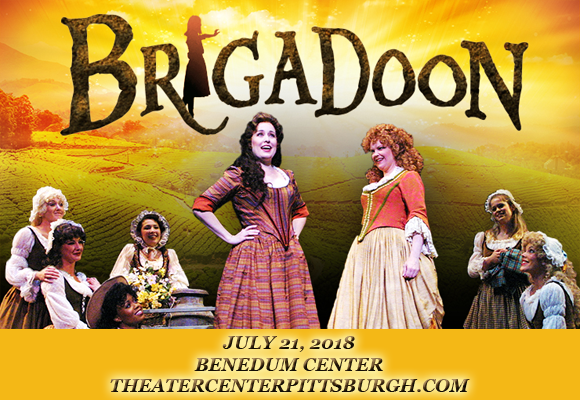 Brigadoon is a story of the power of love. With lyrics and a book by Alan Jay Lerner and music by Frederick Lowe, this enthralling musical first appeared on Broadway in 1947. Brigadoon tells the story of Tommy Albright and Jeff Douglas, American tourists who find themselves in the production's namesake; a magical Scottish village that only appears once every one hundred years. What follows is a tale of fate, romance and big decisions… Plus, a plethora of famous hits, including “Heather on the Hill,” “Waitin’ for my Dearie,” and “Almost Like Being In Love”!