Comedy star and Pittsburgh native Billy Gardell comes Benedum Center on Friday 16th November 2018 for two nights in a row of hilarious stand-up! The Mike & Molly star will be delivering his relatable and down-to-earth comedy, drawing his material from his life experiences and family and provoking riotous laughter! Tickets available now! 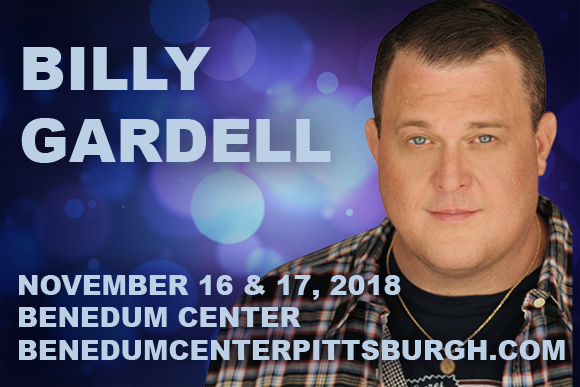 Stand-up comedian, actor, game show host and voice artist Billy Gardell began his career in the late 1980s when he worked as a receptionist at Bonkerz Comedy Club in Orlando, Florida. Dared by his co-workers to give stand-up a go, he took to the stage and hasn't looked back since. Best known as the star of CBS hit comedy Mike & Molly, which ran for six seasons, Gardell has appeared in numerous TV shows & movies including My Name Is Earl, Yes Dear, The Practice, Lucky, The King of Queens, Monk, House, Bad Santa and Avenging Angelo, plus his own Comedy Central & Showtime Specials. Gardell continues to tour his stand-up around the country, and currently stars as Herschel Sparks in the Big Bang Theory spin-off Young Sheldon.