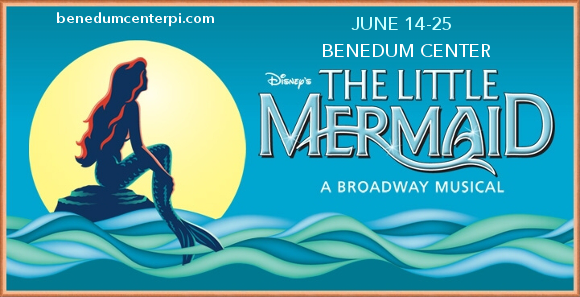 Based loosely on the story by Hans Christian Anderson, The Little Mermaid is a firm favourite amongst all Disney movies. The story of transformation in pursuit of a goal resonates on a metaphorical level with many adult viewers, while colourful scenery, loveable characters and of course the memorable musical numbers by the brilliant Alan Menken have kept us rewatching thids classic over and over since childhood! 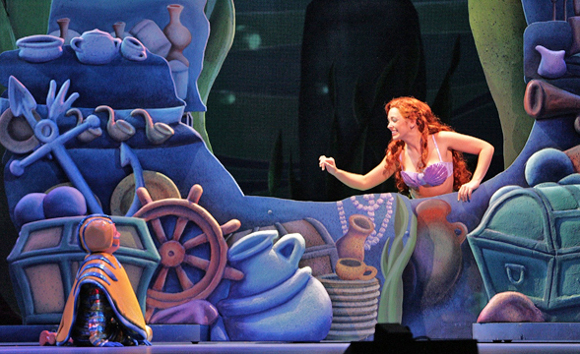 Since its original Broadway opening in 2007, the show was drastically re-worked in terms of plot, setting, character and above all stage and set design. The updated version first revealed to the public in 2012, and has been going strong ever since. Under superb direction by Glenn Casale, the musical production has flourished, gaining rave reviews from audiences and critics alike. 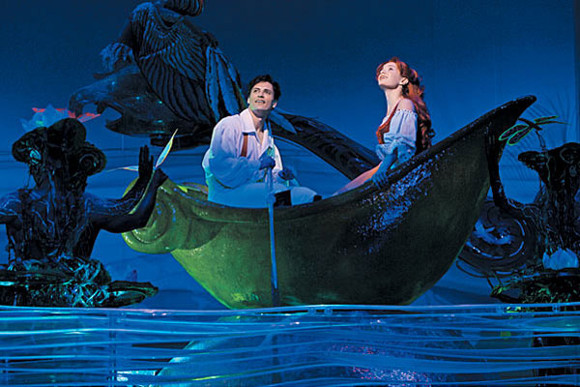 The musical has focused on giving characters an increased level of depth, in particular that of the charismatic villain Ursula. The backstories are developed to a level beyond that seen in the film, giving audiences more than just a re-creation of the movie. The production also features all-new songs in addition to the classic numbers such as “Under The Sea,” again providing that perfect mix of old and new.

“One of the most innovative musical productions of the season”

The show most excels, however, in exactly the area you’d most expect it to have difficulty – the visuals. The actors make use of a huge diversity of techniques, from manually moving clothing and scenery back and forth to mimic underwater currents, to the use of complex stage machinery to bring Ursula’s octopus tentacles to life. Originally placing the actors on “Heely,” style shoes to mimic a gliding movement, now only the eels Flotsam and Jetsam remain moving using this technique. When the rest of the cast need to swim? They fly. With stunning aerial choreography, the actors taking to the air, legs completely invisible due to beautifully designed aquatic costumes, The Little Mermaid provides scenes that are nothing short of jaw-dropping.

Don’t miss your chance to catch this stunning visual spectacle live – book your tickets to see The Little Mermaid today!! 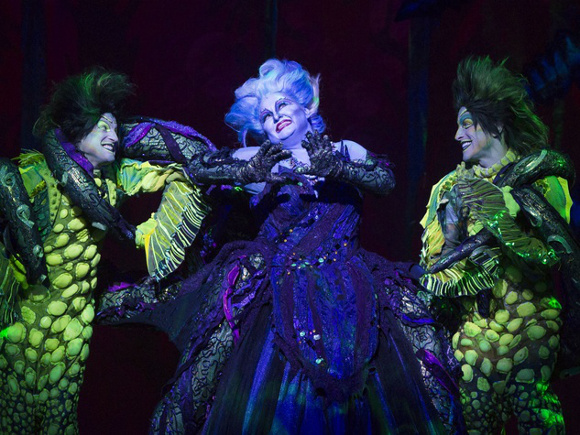